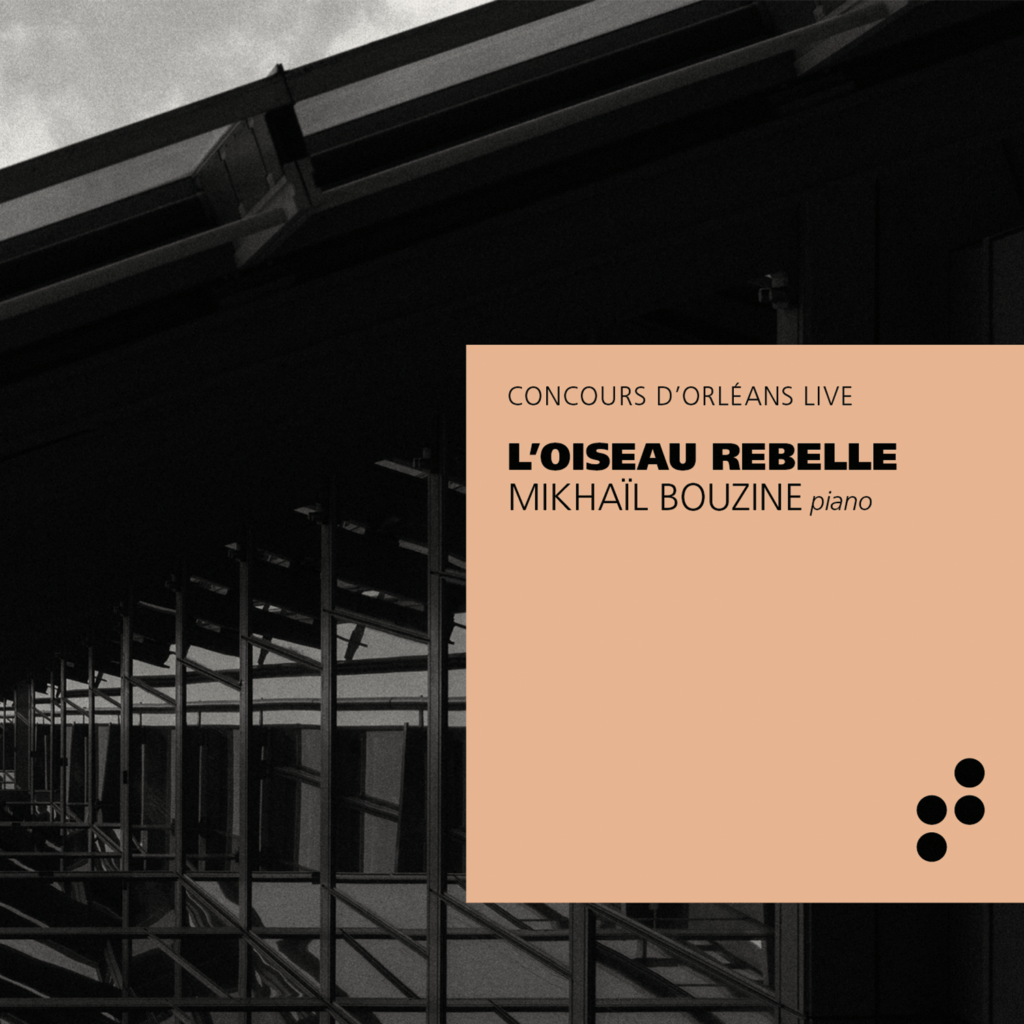 Following awarding Prizes, the Competition supports its winners in the development of their professional career. Special attention is given to recording a CD… of an original project. Despite the pandemic, we had the great pleasure of showcasing our competition and its winners to the whole world in October, 2020. Mikhaïl Bouzine won First Prize and, since then, we have worked with him on a number of artistic projects, including his first CD which sees us joining forces once again with the B Records Label.

So, here is a programme which follows the path of a ‘rebellious bird’… a flight which we have mapped out over a continuous, consistent sonic theme which encounters works by composers whose music has always been revolutionary: Carl Philipp Emanuel Bach, in the development of the keyboard; Rossini, straddling between Classicism and Romanticism; and Xenakis, a true creator of sounds, to mention but a few of the composers featuring in the programme. With a great deal of commitment and enthusiasm, Mikhaïl also introduces us to the works of some composers, such as Langgaard and Cardew, veritable gems of Twentieth Century music. We wish you a pleasant journey into the sonic realm of Mikhaïl Bouzine and invite you to listen to this live recording by B Records whose musical aesthetics are shared by the Competition.

20. John Cage — Homage to the Temple of the Golden Pavilion by Yukio Mishima, 1962