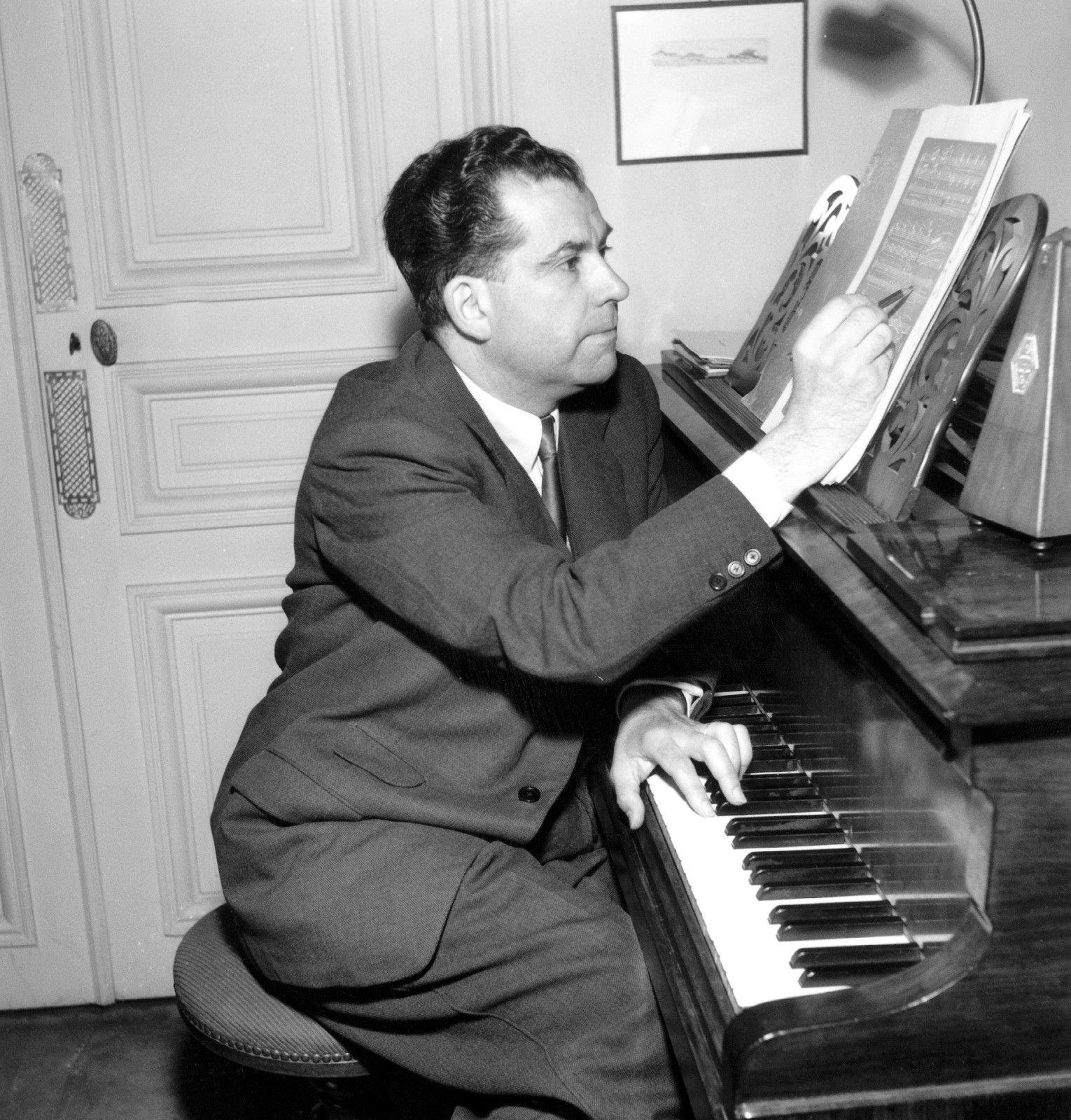 Orléans Concours International invited to discover at the Médiathèque d’Orléans an exhibition dedicated to the composer André Jolivet (1905-1974), in 2002. André Jolivet, who got teaching from Paul Flem and Edgard Varèse, is one of the greatest French musicians of the 20th century. This composer left a very important piano work and many of his pieces (Mana, Danses Rituelles) influenced our time and are frequently played during the International piano competition of Orléans.

This exhibition will be presented again the next year, during the 6th International piano competition of Orléans 2004.

There was with my father a form of  spirituality. But his own convictions had a universal vocation.

He was not dogmatic. He searched through his musical art to enter in communion with humanity as a whole.

With the participation of “Les Amis d’André Jolivet” association avec the support of the Médiathèque of Orléans.