The 10th edition of the International competition of Orléans for youth “Brin d’herbe” will take place at the “Salle de l’Institut”, in April 2023.

The competition will bring together international young pianists around the repertoire from 1900 to the present day. A piano work, commissioned to the French composer Gérard Pesson, will be premiered.
The Jury will include the pianists Dana Ciocarlie, Takuya Otaki and Imri Talgam and will award Prizes and Special prizes to the laureates, on the three levels of competition.

April 20th, 21st, 22nd (afternoons):
– Round of the Competition.
The young candidates from the 3 levels will play their programme in front of the Jury.

April 23rd
– 3.00pm: Concert of the laureates followed by the Award ceremony.

The Competition is open to the public.

Tickets:
– on site in Orléans (from April 20th to 23rd)
– online on HelloAsso 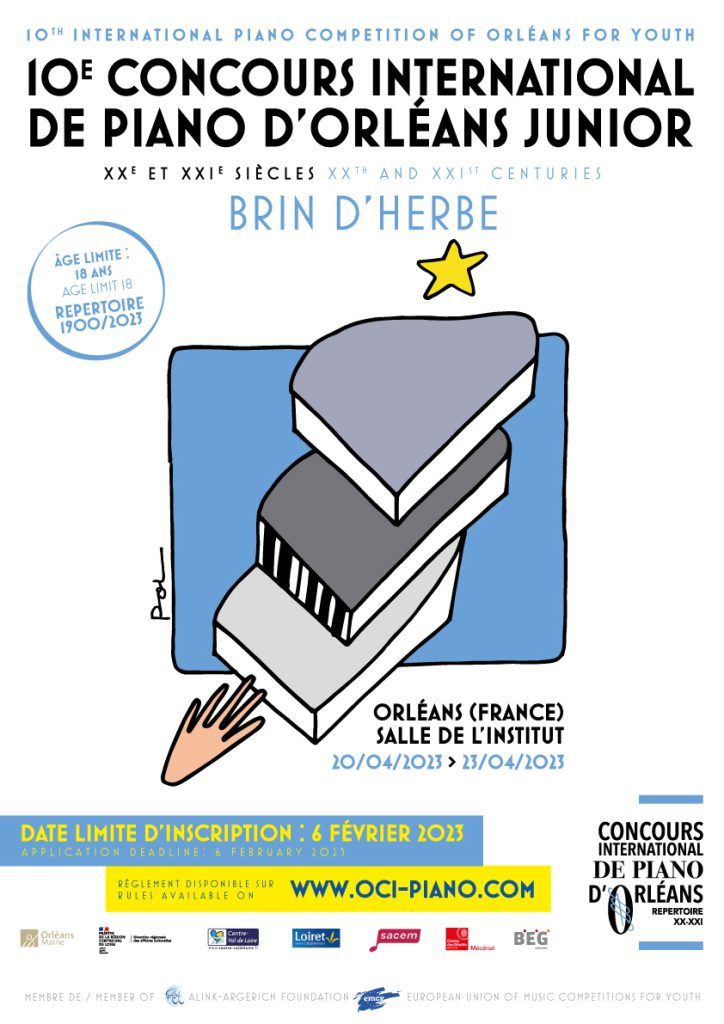