The Special Prizes are awarded by institutions who promote the work or career of a major 20th century composer or pianist.

Offered by the composer Mrs Unsuk Chin.
Mrs Unsuk Chin has wished to support a Special Prize from her countryman and composer Isang Yun, known and respected throughout the world.

The candidates will be free to choose a piece among the entire work of the composer. 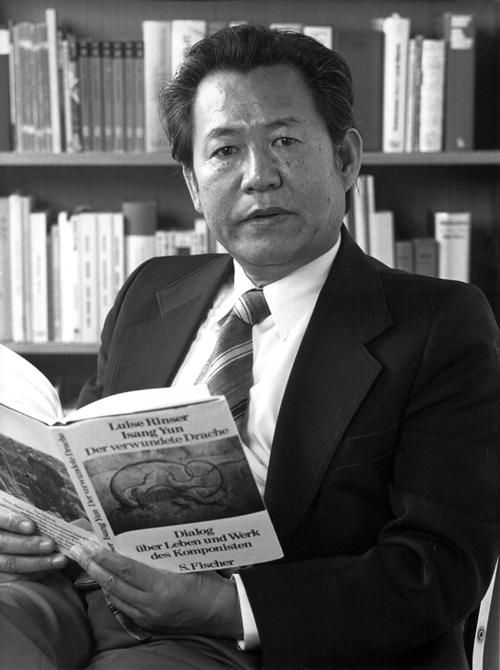 Yun began composing at the age of 14 and studied music in Japan in Ōsaka and Tokyo. He returned to Korea, where he was active in the resistance movement against the Japanese during World War II and afterward taught music in T’ongyŏng, Pusan, and Seoul. He later went to Europe for further study, first in Paris (1956–57) and then as a pupil of Boris Blacher in Berlin (1958–59). Following imprisonment (1967–69) in South Korea as an alleged communist, he began teaching in Berlin, becoming a German citizen in 1971.

Yun’s main purpose in his compositions was to develop Korean music using East Asian performance practices but with European instruments and other techniques. His operas derive inspiration from Taoist and yin-yang philosophy. He also wrote in the idiom of protest, recalling his time in prison in a 1976 cello concerto and remembering the victims of the 1980 Kwangju massacre in an orchestral memoriam in 1981. Other works included Loyang (1962), Réak (1966), Piri (1971), and Engel in Flammen (1994).