This is a very moving commission for several reasons. Firstly, it was organised by Pierre Encrevé who was a great friend, a great linguist and the biographer of Pierre Soulages to whom I was introduced. He said to me “I’m organising and exhibition [Soulages at the Louvre] as curator. Pierre Soulages has requested that one of your works be part organised around this exhibition […]”.

Black Letters is a massive piece which opens with very dark and almost hammered chords. There is a verticality which, at one moment, breaks all by itself. Il is not a serene work and at one point a slightly oblique disturbance appears in the work that makes it become extremely rebellious. I don’t know why this verticality seems to me “Soulagian”.

I would like 2020 International piano competition of Orléans candidates to be free. I would like them to enter this score with their own story, their own design. I would say to them : “Perform what is written”. I attach great importance to the notation, I am very precise, but you must not forget to be yourself. »

Piano Works : n°3 – Black Letters is a co-commissioned piece by International piano competition of Orléans and Louvre Museum, as part of the exhibition “Soulages at the Louvre”. The piece is published partition by Editions Salabert/Universal Music Publishing

Composer in the spotlight:  Pascal Dusapin

Pascal Dusapin was born in 1955 in Nancy (France). From 1974 to 1978, he studied with Iannis Xenakis, who became his master in “thinking differently”, broadening his horizons to include architecture and mathematics. Dusapin’s first pieces, Souvenir du silence (1975) and Timée (1978) were supported by Franco Donatoni and Hugues Dufourt. André Boucourechliev gave him precious advice that would accompany him during his career.

He won the Fondation de la Vocation prize (1977) and received an award from the Villa Médicis (1981) where he was resident for two years while he wrote Tre Scalini, Fist, and his first Quatuor, Niobé. He returned from Rome more determined than ever to compose. In 1986, he wrote Assaï for Dominique Bagouet’s ballet company with a tour leading him to travel the world for several years. He launched himself the same year into the composition of his first opera, Roméo & Juliette a divergence from conventional intrigue and genre with the completely unfettered music. The work premiered simultaneously in 1989 at the Montpellier Opera and at the Avignon Festival, before going on international tour.

Pascal Dusapin composed several opera pieces: Medeamaterial, from H. Müller opened at the Théâtre de la Monnaie in Brussels (1991), To be sung, from G. Stein’s work at the Théâtre des Amandiers in Nanterre (1994), Perelà, Uomo di fumo, from A. Palazzeschi at the Opéra Bastille in Paris (2003), Faustus, The Last Night which opened at the Staatsoper Unter den Linden in Berlin (2006), Passion which premiered at the Aix-en-Provence Festival (2008) inspired by the myth of Orpheus and Penthesilea from H. von Kleist premiered in 2015 at La Monnaie in Brussels. On September 2019, his eighth opera Macbeth Underworld is premiered at la Monnaie in Bruxelles, a rework of the Shakespeare’s masterpiece on a libretto by Frédéric Boyer, specialist of the English playwright and himself. 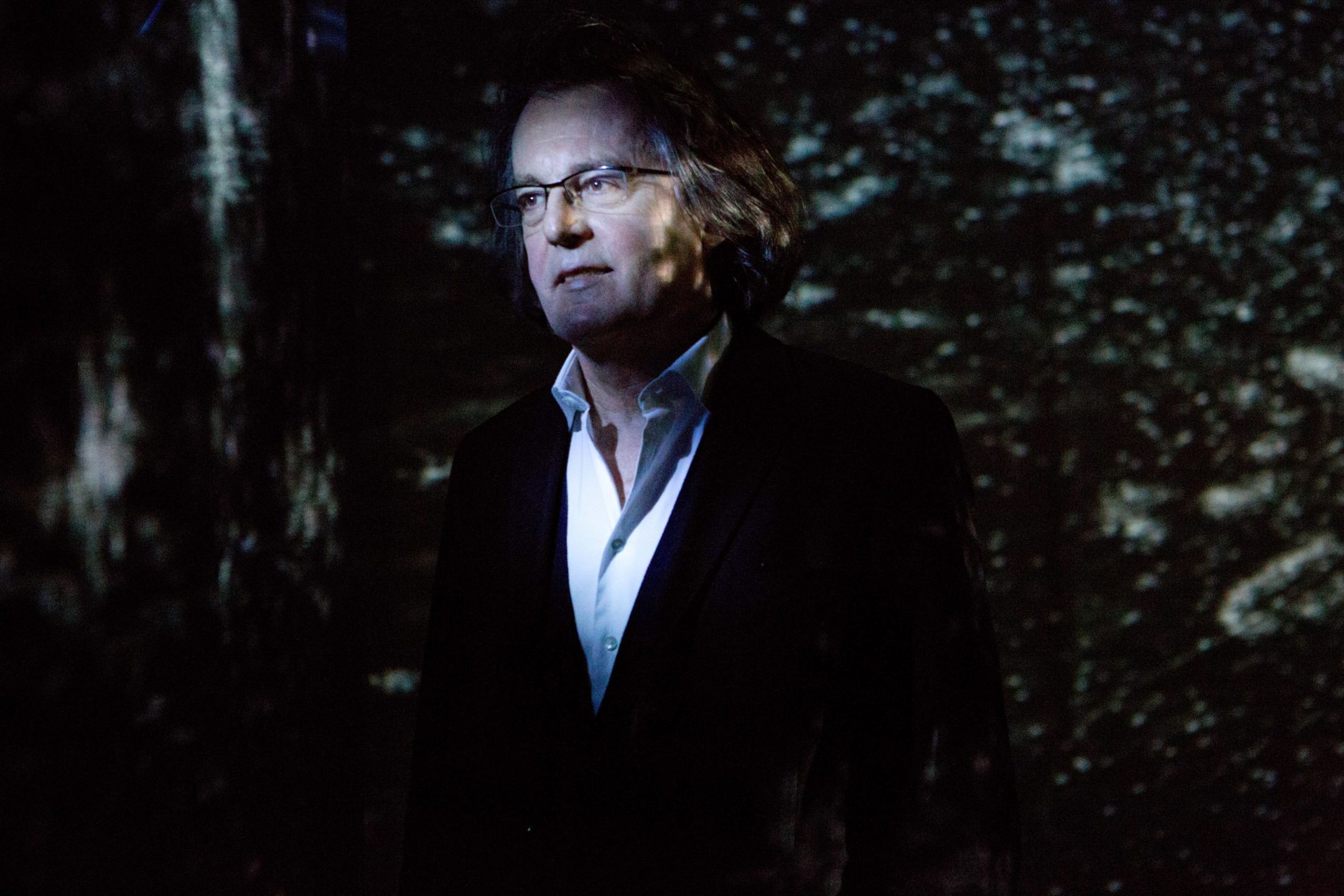 en string quartets, various vocal works, Sept études pour piano, a Concerto for piano and orchestra A Quia and a cycle of seven orchestral forms composed between 1991 and 2009 and created by Simon Rattle and Mstislav Rostropovitch among other telling a long symphonic tale of life and of emotions. A new cycle for orchestra is in development, inspired by nature and begins Morning in Long Island (2010), premiered by the Orchestre Philharmonique de Radio France conducted by Myung- Whun Chung. Amongst his last works we can mention his violin concerto, Aufgang, commissioned by violinist Renaud Capuçon, a piece for piano and six instruments, Jetzt genau!, a cello concerto, Outscape (2016), premiered by the Chicago Symphony Orchestra and a double concerto At Swim- Two-Birds, for violin and cello, created in 2017 by the Netherlands Radio Philharmonic Orchestra. In 2018, he composed an organ concerto entitled Waves, which is premiered in January 26th 2020 at the Elbphilharmonie in Hamburg.

He received numerous prizes and awards: the title of Commandeur des Arts et Lettres (2003), the Cino del Duca prize (2005), the Dan David Prize (2007), the title of Academician at the Bayerische Académie in Munich (2007) and a place as Artistic Chairman at the Collège de France. In 2010 and 2011, he was “Guest Professor” at Musikhochschule in Munich.

Dusapin’s interests and passions are many, from morphogenesis to philosophy, from photography to architecture among others, contributing to his freedom of invention and allowing multiple layers of meaning, understanding and emotion in his works. He has collaborated with many different artists: Sasha Waltz, James Turell, Peter Mussbach, Laurence Equilbey, The Accroche Note Ensemble, the Berlin Philharmonic, Simon Rattle, and the Arditti Quartet. New projects have brought him into the realm of electronics as during Monumenta by Richard Serra at the Grand Palais in Paris or the 150th anniversary of the French city Deauville, on the beach. In 2011, he directed himself his lieder cycle on poems by Nietzsche, O Mensch!, at the Paris Théâtre des Bouffes du Nord. In 2014, he imagined a visual and sound installation for the Donaueschingen Festival, “Mille Plateaux” that will then travel to other locations, as, in 2015 in the Lieu Unique, Nantes, France.

A unique artist, Pascal Dusapin continues his musical journey, formal and yet never dogmatic, offering his fiercely emotional music through a great range of diverse forms.