Commissioned of the 9th competition – 2010

Written for solo piano and three percussions, Interstices is similar to a “mini concerto” whose percussions would take care of the orchestral part. Of course, the piano is not only a soloist and can, in some places, merge with percussion to create a single timbre. As its title suggests, the piece is constructed in the form of large sections interrupted by intervals of time during which highly identifiable elements appear.

These elements, short rhythmic events or real musical situations, can in turn give rise to a new intelligible discourse itself interrupted by new events, and so on. For example, the piece ends with a “loop” whose main element had been inserted, like a parenthesis, into the previous section itself composed of a short homorhythmic motif that had repeatedly interrupted the slow section of the work, placed just before.

As for the instrumental treatment, I have kept a relatively classical piano writing here. As the piece was written for an international piano competition, I wanted the instrumentalists to be able to use all their technical resources. It is the jamming with the percussion as well as the doublings with the keyboards or instruments at relative heights that allow to escape the too direct and codified perception of the piano.
Interstices is a very energetic and rhythmic piece and the most static and poetic moments are also disturbed by the use of very sharp rhythmic patterns.
Here, everything is only tension and when, at rare moments, one could hope for a little peace of mind, an event appears that calls into question the calm that one thought one would finally find.

Interstices is dedicated to Françoise Thinat.

Interstices by Philippe Hurel, performed by Christopher Falzone laureate of the 2010 International piano competition of Orléans:

Composer in the spotlight:  Philippe Hurel 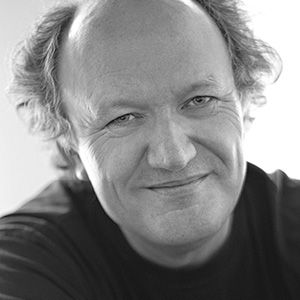 Philippe Hurel, was born in 1955. French composer of mostly orchestral and chamber works that have been performed throughout Europe and elsewhere. Philippe Hurel studied musicology at the Université de Toulouse from 1974 to 1979 and composition with Betsy Jolas and Ivo Malec at the Conservatoire National Supérieur de Musique de Paris from 1980 to 1983. He also had private studies in musical computer science with Tristan Murail in Paris in 1983. His honors include the “Pensionnaire à la Villa Médicis à Rome” (1986-88), the Förderpreis der Siemens-Stiftung in Munich 1995, for Six miniatures en trompe l’œil, the Prix des Compositeurs from SACEM (2002), and the Prix de la Meilleure Création de l’Année from SACEM 2003, for Aura.

Philippe Hurel is also active in other positions. He worked as a music researcher at IRCAM in 1985-86 and 1988-89. He taught composition at IRCAM from 1997-2001. He also served as composer-in-residence to both the Arsenal de Metz and the Philharmonie de Lorraine from 2000-02. With Pierre André Valade, he founded the new music ensemble Court-circuit in 1990 and has since served as its artistic director. Since 2013, he teaches composition at the Conservatoire national supérieur de musique et de danse de Lyon. 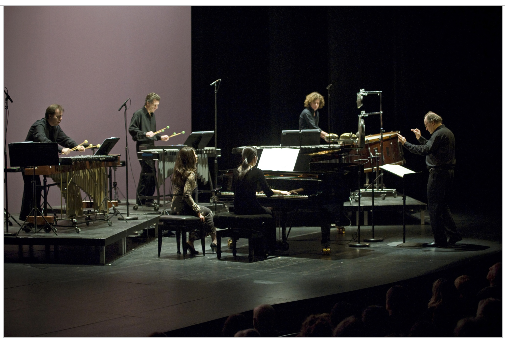 After his opera Les pigeons d’argile (libretto by Tanguy Viel) premiered at the Capitole de Toulouse, his cycle Traits for violin and cello was premiered the same year in Paris by Alexandra Greffin-Klein et Alexis Descharmes. In 2015, his orchestral cycle Tour à tour was premiered at Radio France/Festival Manifeste/Ircam by the Orchestre Philharmonique de Radio-France conducted by Jean Deroyer. Pas à pas, commissioned by Ernst von Siemens music Foundation has been premiered the same year at the Biennale di Venezia by Ensemble Recherche.