Commissioned of the 6th competition – 2004

It is a small symphonic poem in which we start from the dream and move towards violent and dynamic, even dramatic moments. What is interesting is that I will have to deal with different tempo and interpretations that will push me to play differently depending on the candidates, as many pianists who come here to focus on what they like. Choral’s dream is a chamber music and we will work on timbre and dialogue, with a break or a smooth transition from one to the other. Contemporary music? The truth is, I fell into it. But we don’t opt for contemporary music, we just make music.

Composer in the spotlight: Thierry Escaich 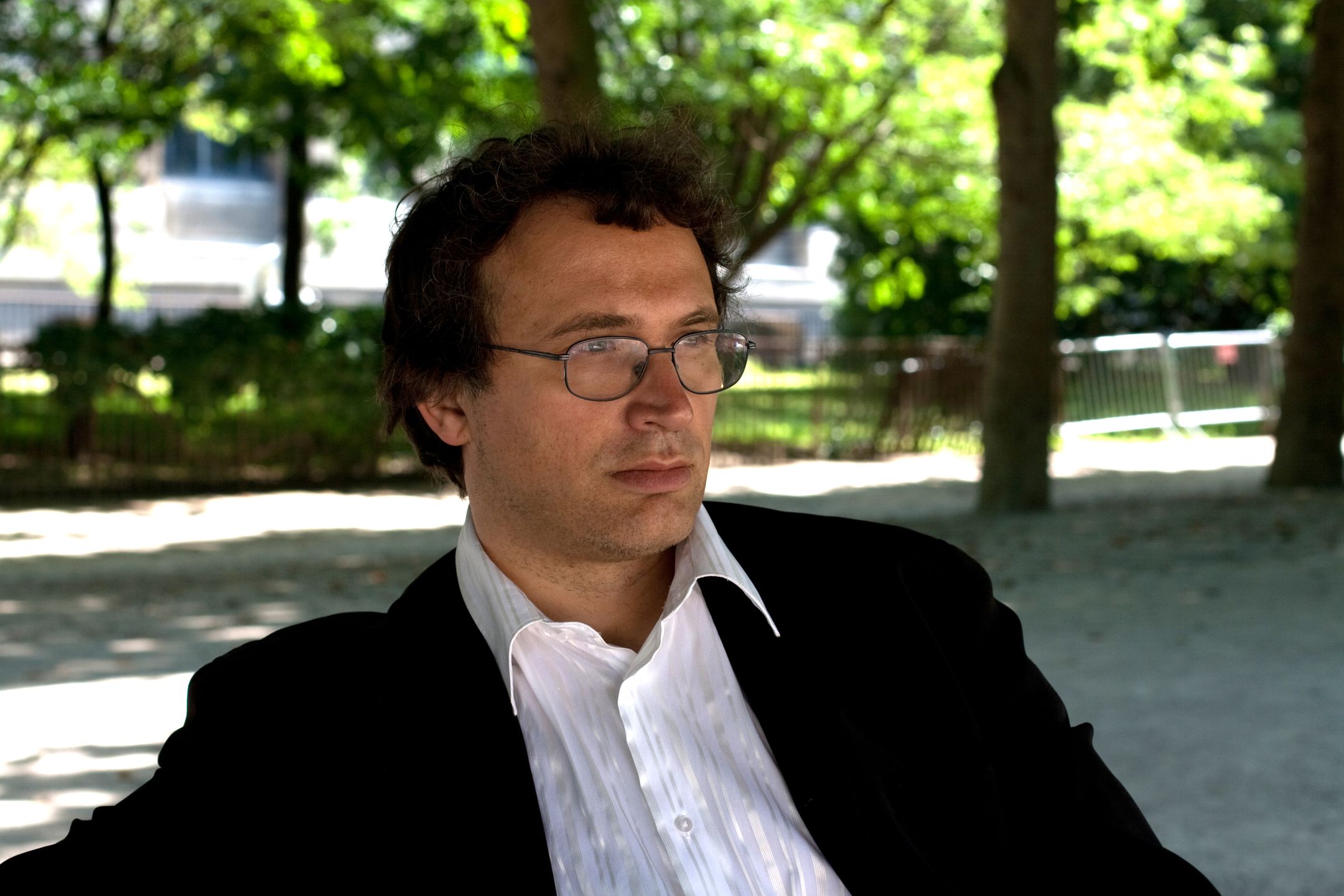 Escaich composes in many genres and forms and his catalogue numbers over 100 works which, with their lyrical, rich harmonies and rhythmic energy, have attracted a wide audience. Drawing from the French line of composition of Ravel, Messiaen and Dutilleux, and imbued with references from contemporary, pop and spiritual music, the distinctive sound-world of Escaich’s music is anchored by an obsessive rhythmic drive and an overarching sense of architecture.

This very personal style encompasses both intimate works and large-scale pieces, such as Chaconne for orchestra; oratorio Le Dernier Évangile and a double concerto for violin and cello, Miroir d’ombres. His first opera Claude, on a libretto by Robert Badinter after Victor Hugo’s Claude Gueux, was premiered at the Opéra de Lyon in March 2013 to great acclaim. His most recent new works include a Viola Concerto, La Nuit des chants, for Antoine Tamestit commissioned by Netherlands Radio Philharmonic and NDR Elbphilharmonie, and Organ Concerto No.3, Quatre Visages du temps which received its European premiere by Escaich and Orchestre National de Lyon in November 2017.

Thierry Escaich’s works are performed by leading orchestras in Europe and North America and by musicians such as Lisa Batiashvili and François Leleux, Valery Gergiev, Paavo Järvi, Alan Gilbert, Alain Altinoglu, Louis Langrée, Renaud and Gautier Capuçon, Emmanuelle Bertrand and Paul Meyer.  Escaich has been Composer-in-Residence with the Orchestre National de Lyon, Orchestre National de Lille and the Paris Chamber Orchestra and his music has been honoured by four “Victoires de la Musique” awards (2003, 2006, 2011 and 2017). Escaich continues to teach composition and improvisation at the Paris Conservatoire, where he himself studied and obtained eight ‘premiers prix’. In 2013 received the honour of being appointed to the Académie des Beaux-Arts in Paris; in 2018 he took the prestigious role of Featured Composer at the Radio France Presences Festival in Paris.

Works for organ are an important feature of Escaich’s music and they are performed by organists around the world, including solo and chamber works, three concerti and the symphonic poem La Barque solaire for organ and orchestra. Escaich’s Organ Concerto No.1 has been performed by orchestras such as the Philadelphia Orchestra and the Orchestre National de Lyon, and was selected as a highlight of the organ concerto repertoire in Gramophone: “His concerto exploits the full sonic and colour ranges of orchestra and organ in this thrilling three-movement work, the second movement rising to an awe-inspiring climax only topped by the shattering coda of the finale.”

Thierry Escaich’s career as a composer is closely linked to his career as an organist – one of the ambassadors of the great French school of improvisation in the wake of Maurice Duruflé, whom he succeeded as organist of Saint-Étienne-du-Mont in Paris. He appears in recitals internationally, combining repertoire pieces with his own compositions and improvisations. His passion for cinema has led him to perform ‘cine-concerts’, improvised accompaniments on both the organ and piano for silent films such as Phantom of the Opera and Metropolis.

Major highlights of the 19/20 season include the world premiere of Escaich’s second opera Shirine, which premieres at Opera de Lyon in May 2020 conducted by Martyn Brabbins, and the world premiere of a new orchestral work Ritual Opening at Rotterdam’s Gergiev Festival in September 2019. Escaich also makes his debut with Boston Symphony Orchestra, performing Saint-Saëns Symphony No.3, and performs widely in recital with appearances at Rotterdam’s Gergiev Festival, Wiener Konzerthaus, Dresdner Philharmonie, Mariinsky Concert Hall and Wroclaw Philharmonie.

Many of Escaich’s works have been recorded by Accord/Universal. Most recently the disc Baroque Song was released on Sony Classical to critical acclaim. His 2011 release Les Nuits hallucinées crowned his residence with the Orchestre National de Lyon, and received numerous distinctions, including a ‘Choc de l’année’ from Classica magazine as an outstanding release of the year. The first production of Claude was released on DVD (BelAir Classiques).