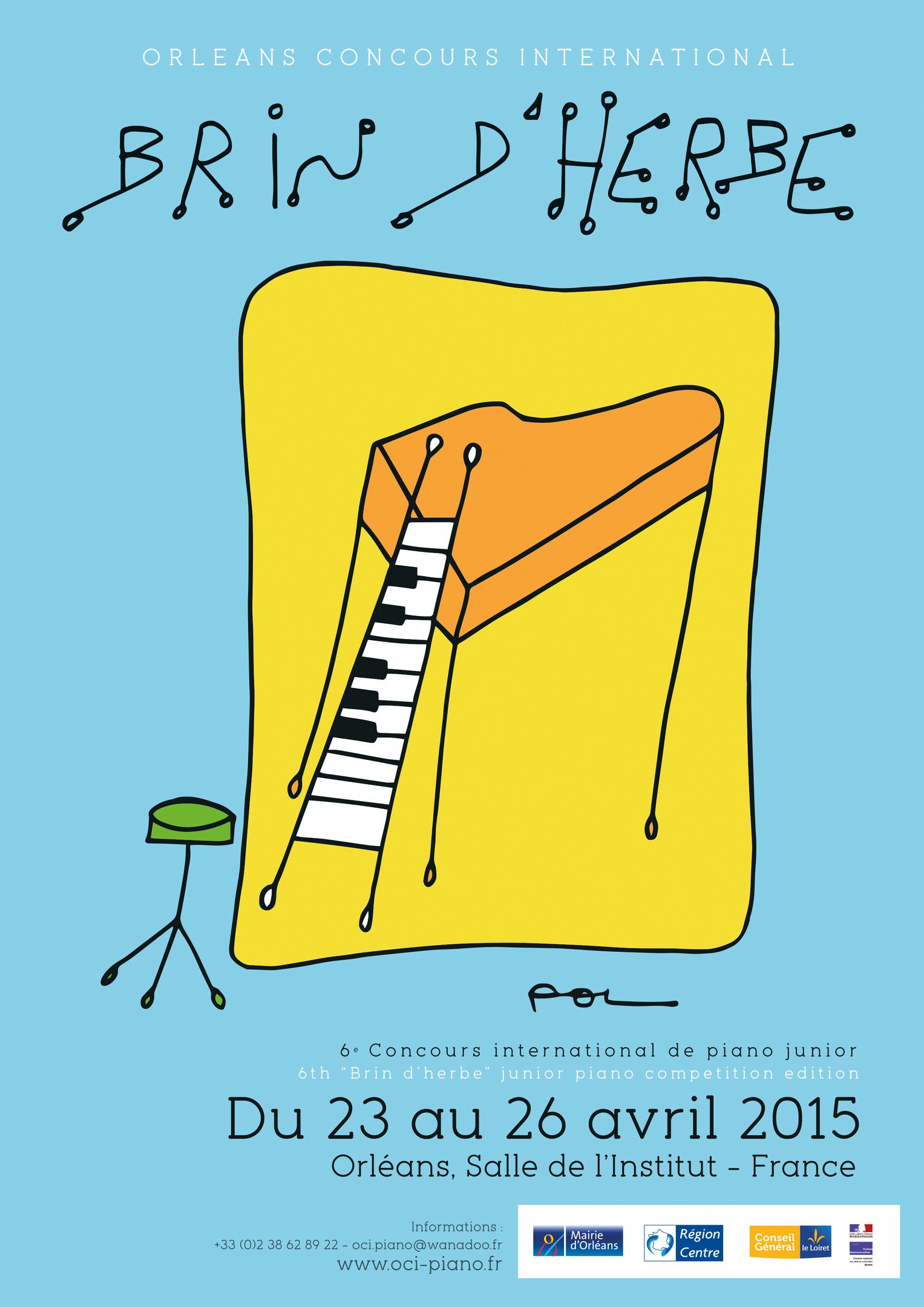 The 6th edition of the International competition of Orléans for youth « Brin d’herbe » was heald at the « Salle de l’Institut », from April 23 to 26, 2015.
The competition brought together 30 young pianists around the repertoire from 1900 to the present day. A piano and choir work entitled ‘Pianopolis’, commissioned to the composer Michel Decoust, was premiered. The Jury, chaired by Michel Runtz, awarded 32 prizes on all three levels of competition.

You can find the Prize List and laureates 2015 HERE

A mandatory piece of music has been commissioned by OCI to the French composer Michel Decoust for each level of the competition (commission supported by the Région Centre). These are three pieces written for piano (three levels) untitled “Pianopolis”.

“Pianopolis” was written in homage to three French piano builders who were active from the 19th century. Their factories were located in the outskirts of Paris.

Jean Henri Pape (1787-1875) built instruments whose sound resembled that of the fortepiano. Their increased power and harmonic resonance gave a glimpse of things to come.

Sébastien Érard (1752-1831) invented the double escapement action, which made it easier to repeat notes, thus enabling quicker playing. Érard’s parallel-strung concert grands were the choice of many of the greatest virtuosos.

Ignace Pleyel (1757-1831) was the inventor of the cross-strung piano, which resulted in the wonderfully silky sound that was held in such high esteem by Chopin, Debussy, Ravel, and Poulenc.