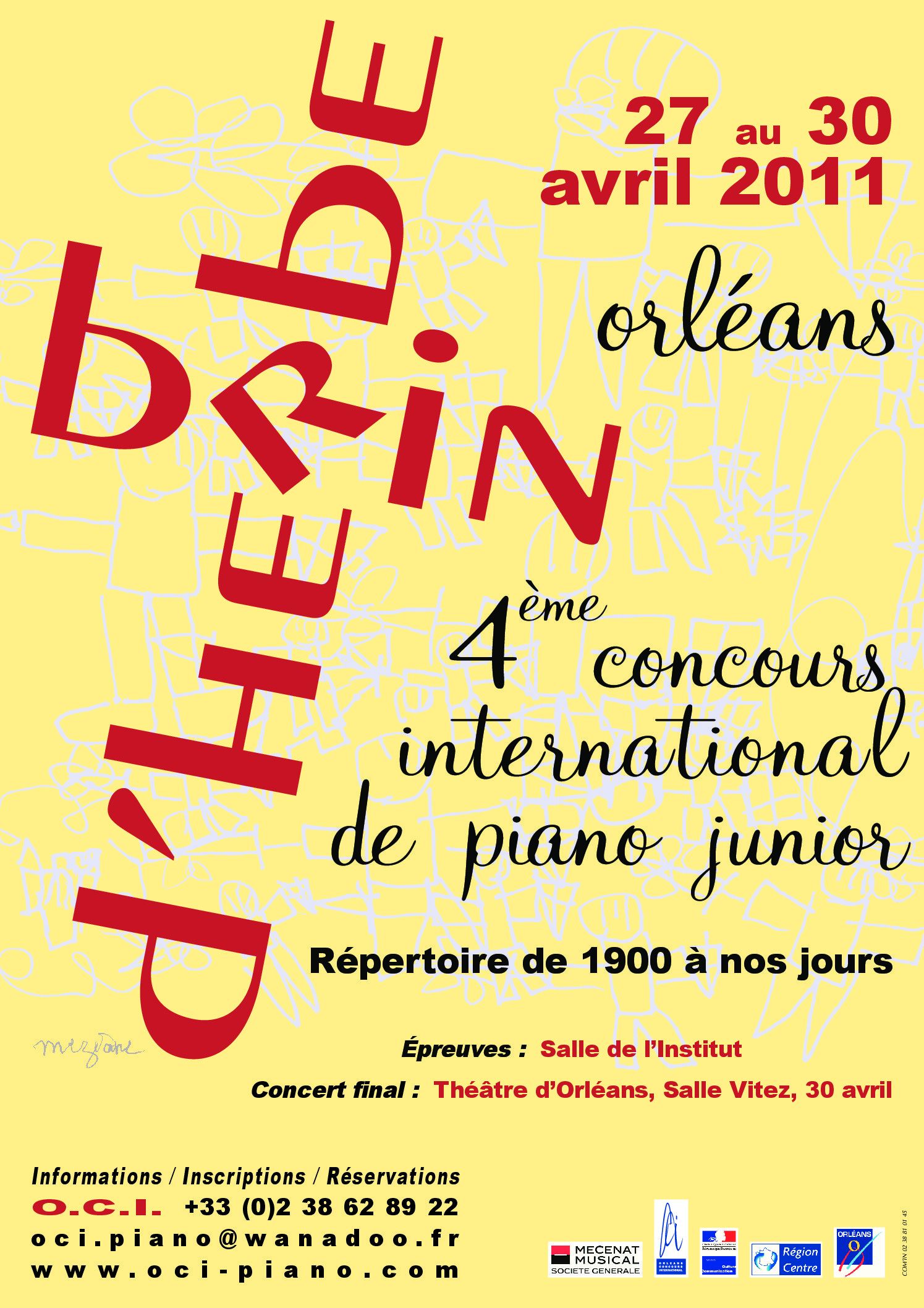 The 4th edition of the International competition of Orléans for youth « Brin d’herbe » was heald at the « Salle de l’Institut », from April 28 to 29, 2011.
The competition brought together 20 young pianists around the repertoire from 1900 to the present day. Five works piano entitled ‘Typologies du Regard’, commissioned to the composer Pierre Jodlowski, was premiered. The Jury, chaired by Andersen Diane, awarded 20 prizes on all three levels of competition.

You can find the Prize List and laureates 2011 HERE.

Born in 1971 in Toulouse. After studying music at the Conservatoire de Lyon and the Composition Programme at IRCAM, Pierre Jodlowski founded the éOle collective and the Novelum festival in Toulouse. His activity as a composer has led him to perform in France and abroad in most places dedicated to contemporary music but also in parallel circuits, dance, theatre, plastic arts, electronic music.
His work is now deployed in many fields, and, on the periphery of his musical universe, he works on image, interactive programming for installations, staging and above all seeks to question the dynamic relationships of scenic spaces. Today, he claims to practice “active” music: in his physical (gestures, energies, spaces) as well as psychological (evocation, memory, cinematographic dimension). In addition to his composition work, he also performs for performances, solo or in formation with other artists. In his projects, he has collaborated with the ensembles Intercontemporain, Ictus (Belgium), KNM (Berlin), the Ensemble Orchestral Contemporain, the new Ensemble Moderne (Montreal), Ars Nova (Sweden), Proxima Centauri. He also works closely with musicians such as Jean Geoffroy (percussion), Cédric Jullion (flute), Wilhem Latchoumia (piano), Jérémie Siot (violin) for works and research on new lutheries. He recently performed in trio with Roland Auzet (percussion) and Michel Portal (bass clarinet). Her work on images has led her to develop collaborations with visual artists, in particular Vincent Meyer, David Coste and Alain Josseau. He was awarded the Claude Arrieu Prize by SACEM in 2002 and was welcomed in residence at the Berlin Academy of Arts in 2003 and 2004. Collaborator of O.C.I. for the 2006 Competition with the commissioned work “Série Noire”, he composed in 2008 for the Brin d’Herbe Competition “Typologies du Regard”, a collection of 5 pieces for piano and soundtrack.