The 13th International piano competition of Orléans was held from March 8th to 18th, 2018, and closed on Monday, March 26, 2018 with the finalists concert at the Théâtre des Bouffes du Nord, in Paris. During this concert, the piece by Hèctor Parra “Au cœur de l’Oblique” was played in its entirety.

Watch here the recital of the candidats !

All information regarding the organisation of the rounds and competition procedures are available in the Program and the Rules.

You can find the Prize List and laureates 2018 HERE

The composition of the piano work Au coeur de l’Oblique (2016) stems from the need to question some of the most intimate and essential principles of what we might call “musical architecture” by means of a strong and direct aesthetic contact with the work of such a fundamental and utopian architect and inventor of new forms as Claude Parent. The father of the principle of oblique function (with Paul Virilio) deforms through his architecture the sensation we feel associated with gravity. The perpendicular force of electromagnetic character that the architectural floor exerts on us is no longer limited to equilibrium, but gravity exerts a dynamic effect that propels us physically and spiritually, creating tensions that structure a new perception / sense of space and time.  […]

The imbalances in nature have propelled the evolution of life forms but also geological forms, and Claude Parent was eager to contribute to the evolution and dynamism of human society as a whole, reconnecting indissolubly movement and housing, and re-coupling harmonically geology and architecture.

Thus, in Au coeur de l’Oblique, the hands of the pianist draw the sound energy directly from the strings of the instrument, by the force of his nails, his palm or the fingertips, an energy which is gradually being deformed and develops to its physiological limits through a hybrid language also including filtering and re-articulation of these sounds on the keyboard. […]

Au coeur de l’Oblique is a commission of the 2018 International piano competition of Orléans, with the support of the Centre-Val de Loire Region and the Francis and Mica Salabert Foundation. The score is published by Editions Durand / Universal Music Publishing Classical.

To see partially the score of the piece, click here !

Hèctor Parra (Barcelona on 1976) has studied composition with Jonathan Harvey, Brian Ferneyhough as well as with Michael Jarrell in Geneva. He has the Master in Arts of the Paris-VIII University with honours. He has been Professor of Electroacoustic Composition at the Conservatory of Music of Zaragoza, in Spain, and actually he is composer in residence and professor of composition at Ircam-Centre Pompidou, in Paris.
Premieres of his works have been performed by the Ensemble Intercontemporain, the Klangforum Wien, Ensembe Recherche, the Arditti Quartet, the Tokyo Philharmonic Orchestra, Brussels Philharmonic, Barcelona National Orchestra, etc. He received commissions from the French state, the Ircam-Centre Pompidou, the Berlin Academy of Arts, Münchener Biennale, the Strasbourg Festival, Musée du Louvre and the Selmer Society, among others. His are also performed at the international festivals of Lucerne, Avignon, Warsaw Autumn, Wien Modern, Donaueschinen, Agora-Ircam, Witten, Stuttgart Opera House, Bacelona Opera Liceu, Guggenheim NY, San Francisco Arts Festival, Vienna Konzerthaus…
Winner of the Ernst von Siemens Composers Prize 2011, in 2007 he won the Donald Aird Memorial Prize of San Francisco. In 2005 he was unanimously awarded the Tremplin Prize given by the Ensemble Intercontemporain. In 2002 he won the Prize of the National Institute for Performing Arts and Music of Spain.
His works are published by Durand (Universal Music Publishing Classical, Paris) and Editorial Tritó (Barcelona). A monographic CD with his trios and chamber music performed by the ensemble Recherche has been published by the label KAIROS (2008). In 2010 KAIROS publishes his chamber opera Hypermusic Prologue, with a libretto of the renowned Harvard physicist Lisa Randall, played by the Ensemble Intercontemporain and Ircam, and in 2012 Col-legno and the Ernst von Siemens Foundation publishes his third monographic CD: Caressant l’Horizon.
In 2016, he was a jury member of the 12th International piano competition of Orléans, for which he will compose the piece in 2018. 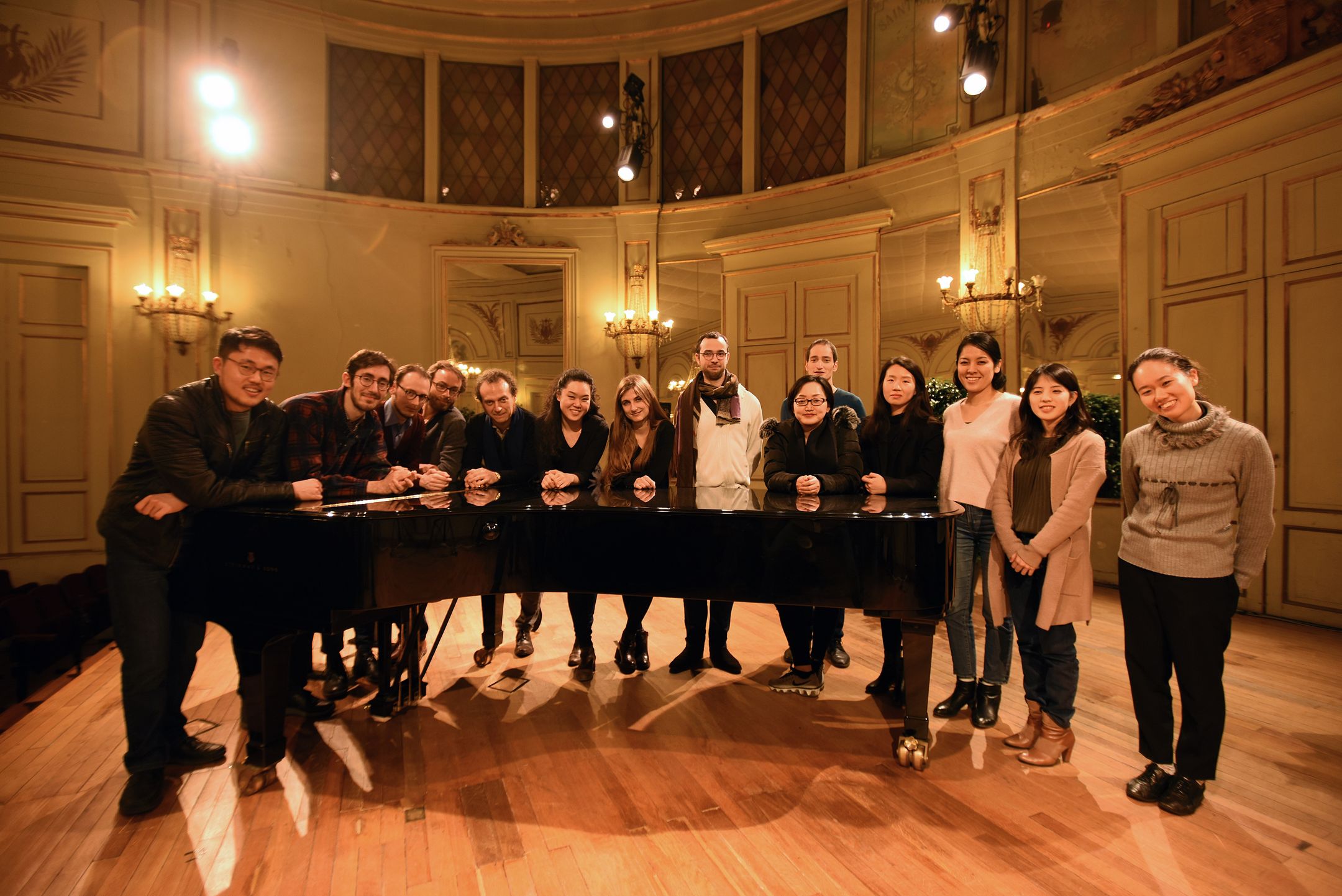 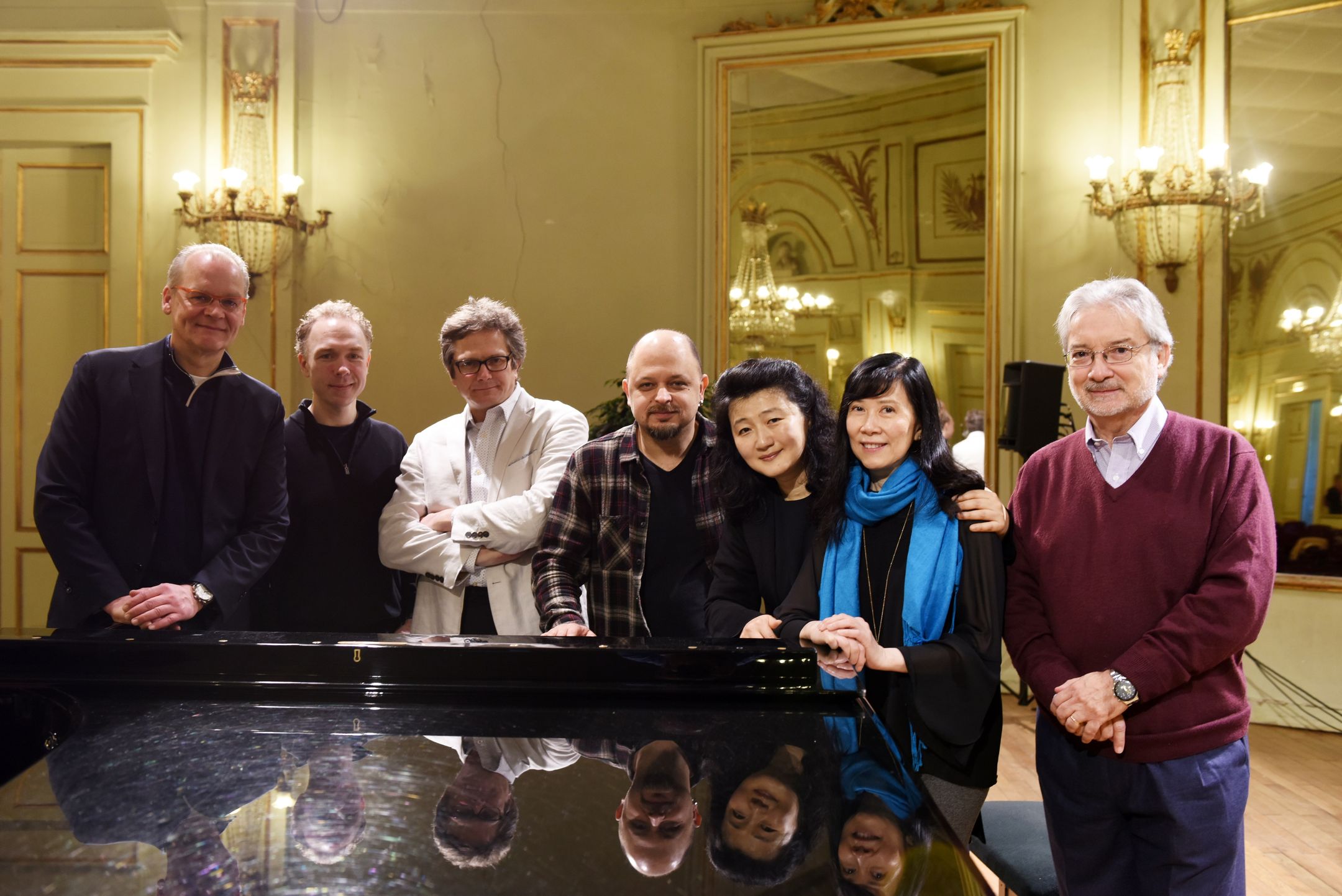 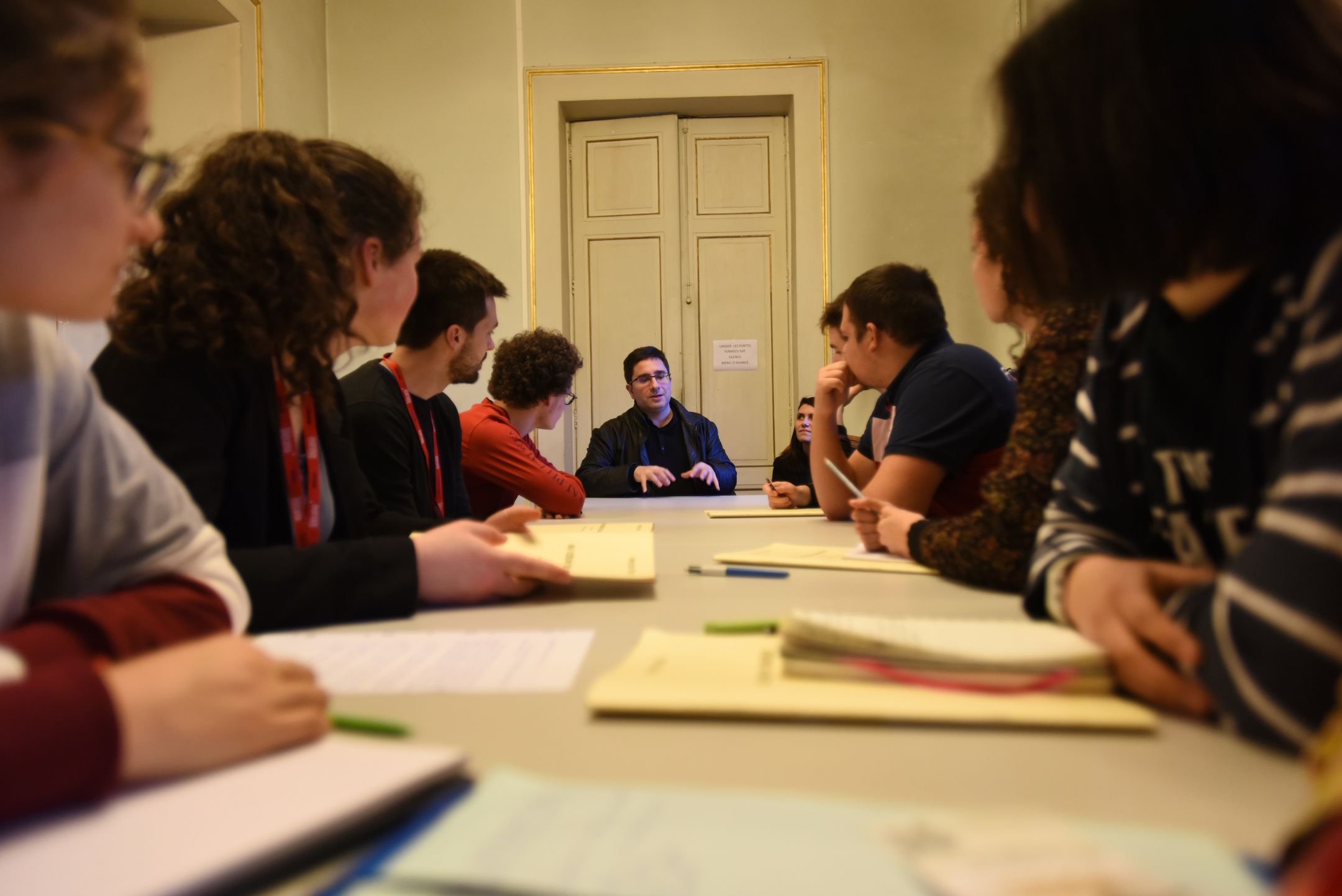 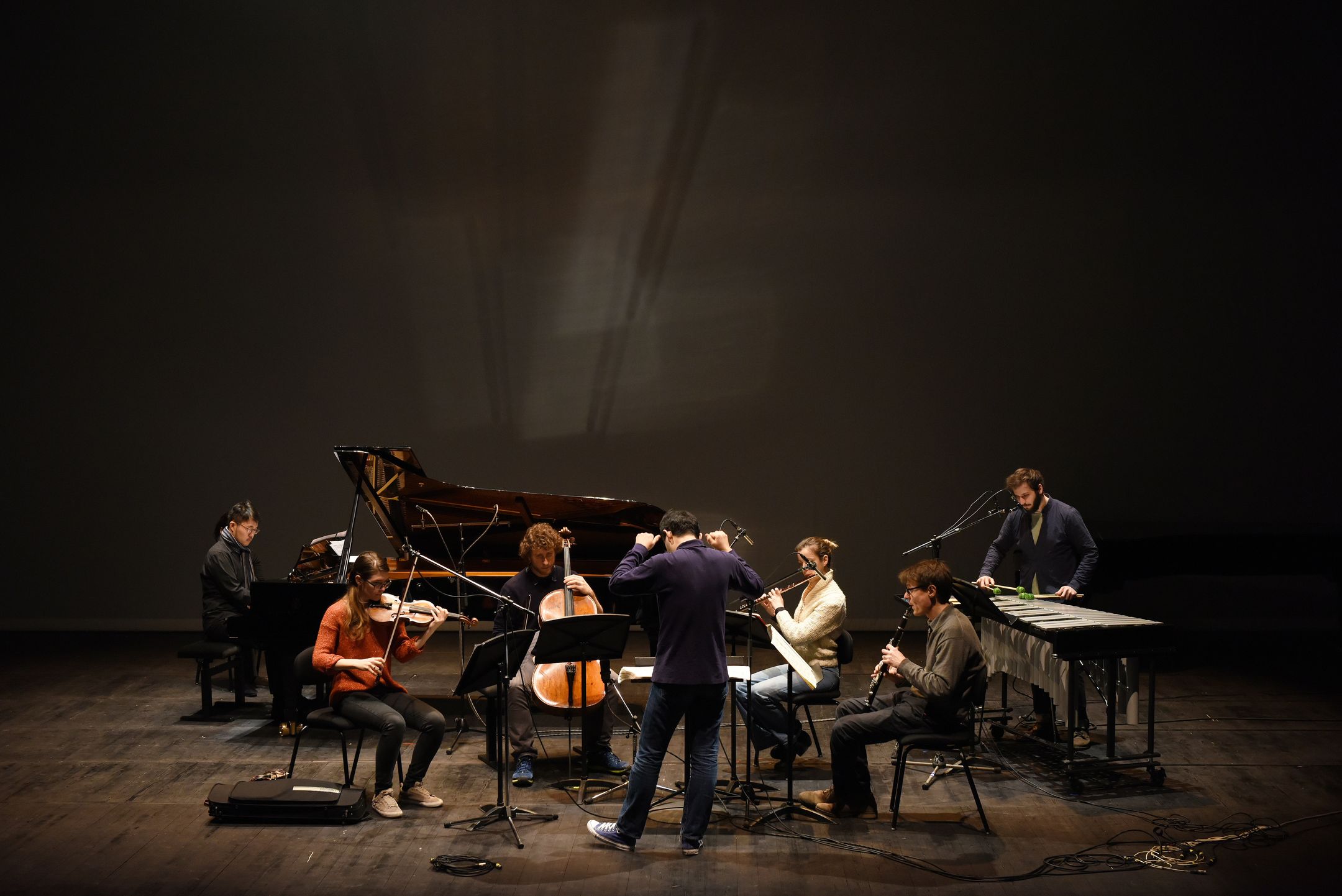 Final round at the Theater of Orléans (c) P.Montisci 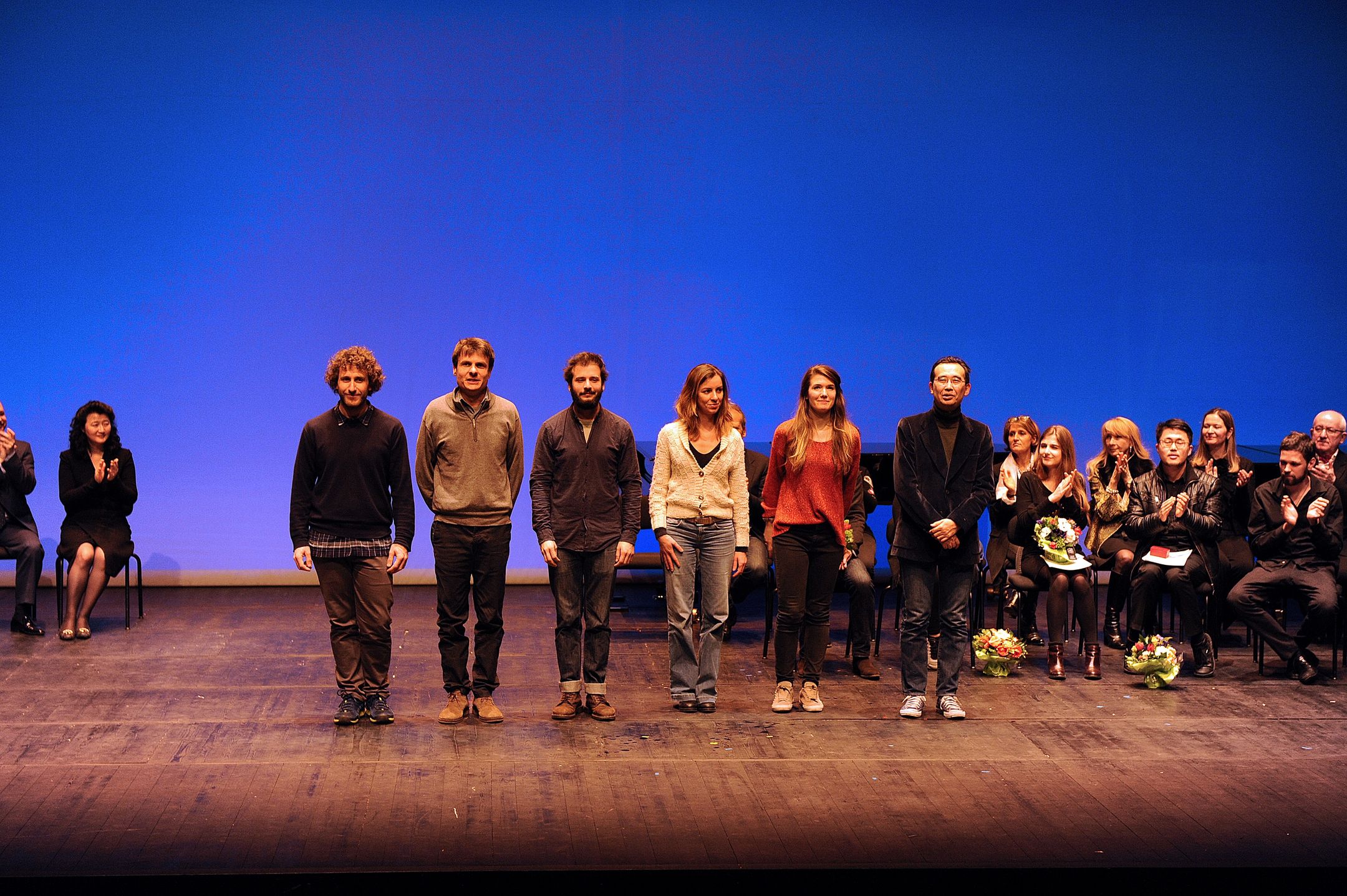 mdi Ensemble at the Theater of Orléans (c) P.Montisci 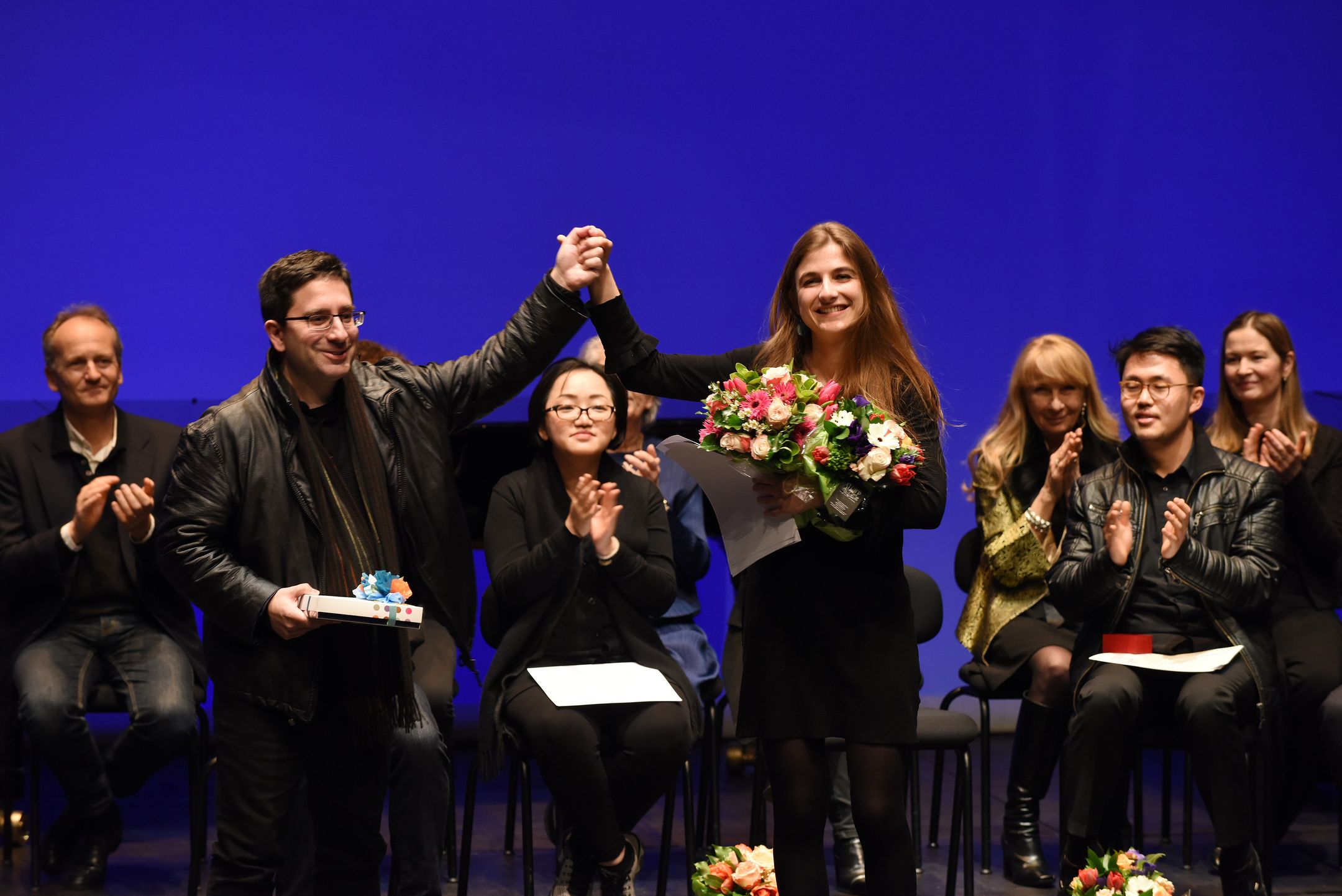